CUBA’S LOVE – HATE RELATIONS WITH AMERICAN CARS LEFT IN A 1950’S TIME WARP – EVERYONE MAKES DO !

Today for the first time since the 1959 revolution, Cubans will have the right to buy new and used vehicles from the state without government permission, taking one more step toward economic freedom on the island.

The newly en-acted reform allows Cubans to buy and sell used cars from each other, but must request authorization from the government to purchase a new vehicle or second-hand one, usually a relatively modern rental car, from State retailers. The newspaper Granma said, “the retail sale of new and used motorcycles, cars, vans, small trucks and mini buses for Cubans and foreign residents, companies and diplomats is freed up.” Newer car models are largely in state hands and sold used at a relatively low price to select individuals, for example, Cuban diplomats and doctors who serve abroad, then often resell them at four or five times the price.The Cuban state maintains a monopoly on the retail sale of cars. The liberalizing of car sales was one of more than 300 reforms put forth by President Raul Castro, who took over for his ailing brother Fidel in 2008, and approved in 2011 at a congress of the Communist Party, Cuba’s only legal political party.

The changes put a greater emphasis on private initiative, which was largely stifled under Cuba’s Soviet-style system, and less government control over sales and purchases of personal property like homes and cars.

CAR REPAIR HAPPENS SPONTANEOUSLY IN HAVANA. WHERE EVER A CAR BREAKS DOWN ITS OWNER AND MECHANIC SITS DOWN WITH A BOOK AND RESTORES THE STATUS QUO…

Havana Cuba is a cool place. Americans tourist will be captivated by the “Yank Tanks” still in use in this 500 year old city, they ebb and flow through traffic all around you, they never disappear for Cubans they are a way of life. This time warp in this Caribbean city began when America pulled out and left this communist leaning community behind and off limits. To trade with Cuba was “Trading with the Enemy” and no one excused not even the world famous “Pappa Hemingway, who was forced to leave his beloved Cuba and Cadillac behind. Cuba had a wonderful rail line which the Italians had installed and allowed for transportation all over the island, particularly in the cities. When the Americans arrived the first time, Ford, Chevy, GMC all made the Island “smoking good deals” for buses, large trucks and cars. The population who had been served by rail, changed to automobiles, buses and trucks and rail service diminished and when it became run down, it was discarded. 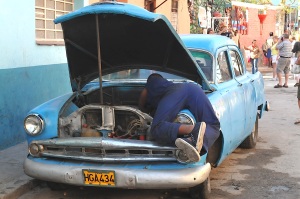 Meanwhile American cars, buses and trucks filled the local needs until the spare parts became scarce because of the U.S. boycott … after that, innovation and genius has been required to keep all these cars on the road. Many have been “cherried out” and still have original parts, many more have been crossed with spare parts from the Russian Lada’s or whatever might fit or work. Some Cuba lovers fear opening the Island up to the Americans again will ruin it! Folks fear car buyers will arrive and will buy up all the treasures, all the color, and material culture, like old the U.S. cars leaving behind the worn out and tired, stealing again, the island’s life blood and reason for others to come.

Today to travel outside of Havana, you need to hire a car and a driver. Most cars come with drivers and for many, that car is their livihood so you have to put up the driver and feed him also. There are some local buses and they can provide slow transportation but there is no security beyond its bumpers. One day after touring the Havana Cemetery, my comrade and I, were asked if we needed a ride by am un-marked “cab” driver in a Russian Lada. Nice fella, who usually was a maritime marine but Havana was his home port and he leaves his car with friends. When we got in the Lada, it was a bit stuffy in the warm tropical sun so I reached for the window crank and found none. 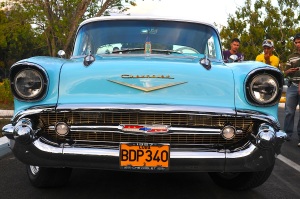 I asked the driver, who gladly pluck the handle from his shirt pocket and passed it back. After I returned the crank, he offered it to my friend and then returned it to the safety of his shirt pocket. This “illegal” cab was one of hundreds and usually operated a little cheaper than the main cabs running from the Park Lane Hotel which catered to the high-end foreign tourist. Tourist staying elsewhere often come here for drinks, the view off the roof, and to check email and to surf the internet to find out what’s happening elsewhere. Cabs can be found here and some feel “safer” taking these cabs rather than just hailing one on the street. 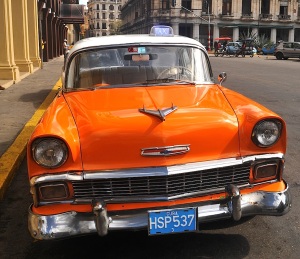 Personally I walked for miles wearing cameras and a smile and ran into no problems. Downtown Havana has numerous nice young men and women who police various neighborhoods. They usually stood on the corner and occasionally wrote something down. I always thought they knew more about where I was going than I did. Never saw them say anything. One day a young fella came up to me and said quietly “give me all your money”. I smiled and I said “no problema” and walked off, leaving the confused thief behind.

This cherry chevy was parked in front of the Havana InterNational Airport and was attracting big crowds,

Before September 2011, only automobiles that were in Cuba before the 1959 revolution could be freely bought and sold, which is why there are so many cars from the 1950s or before, most of them American-made, rumbling through Cuban streets. There are also many Soviet-made cars, dating from the era when the Soviet Union was the island’s biggest ally and benefactor. Newer models are largely in state hands and sold used at a relatively low price to select individuals, for example, Cuban diplomats and doctors who serve abroad, who then often resell them at four or five times the price. Cubans and foreigners still need government permission to import a new or used car, a regulation Granma (the Cuban Political newspaper) said was not been lifted. The new regulation is expected to include stiff taxes, currently 100 percent for new cars, with the proceeds going to fund the country’s decrepit public transportation system, the newspaper said.

“Let’s see if a revolutionary worker who lives honorably on his salary can come and buy a car at these prices,” said Guillermo Flores, 27, a computer engineer. “This is a joke on the people.” 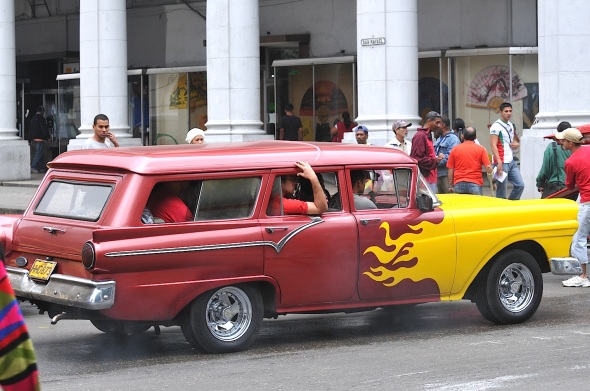 Isn’t this wonderful? There are 66,000 vintage cars in Cuba, all fifty to sixty years old, most held together with duct tape and baling wire. So, what’s the point of selling cars without the red tape when a used car will cost the average person ten years wages? Cubans don’t love the Yank Tanks but they are all they have and they are making do until trade opens once again with the U.S. mainland.

TAKE A VIDEO TOUR OF MY HAVANA VISIT……..CLICK HERE

OLD AMERICAN CARS IN HAVANA ARE NURCHURED NOT LOVED….